Become a member of the IACS Society! 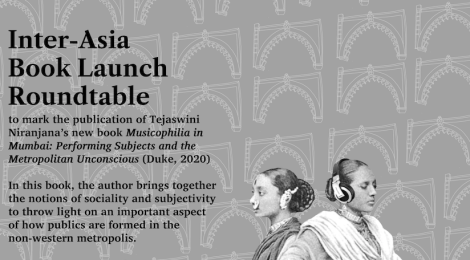 In Musicophilia in Mumbai Tejaswini Niranjana traces the place of Hindustani classical music in Mumbai throughout the long twentieth century as the city moved from being a seat of British colonial power to a vibrant postcolonial metropolis. Drawing on historical archives, newspapers, oral histories, and interviews with musicians, critics, students, and instrument makers as well as her own personal experiences as a student of Hindustani classical music, Niranjana shows how the widespread love of music throughout the city created a culture of collective listening that brought together people of diverse social and linguistic backgrounds. This culture produced modern subjects Niranjana calls musicophiliacs, whose subjectivity was grounded in a social rather than an individualistic context. By attending concerts, learning instruments, and performing at home and in various urban environments, musicophiliacs embodied forms of modernity that were distinct from those found in the West. In tracing the relationship between musical practices and the formation of the social subject, Niranjana opens up new ways to think about urbanity, subjectivity, culture, and multiple modernities. 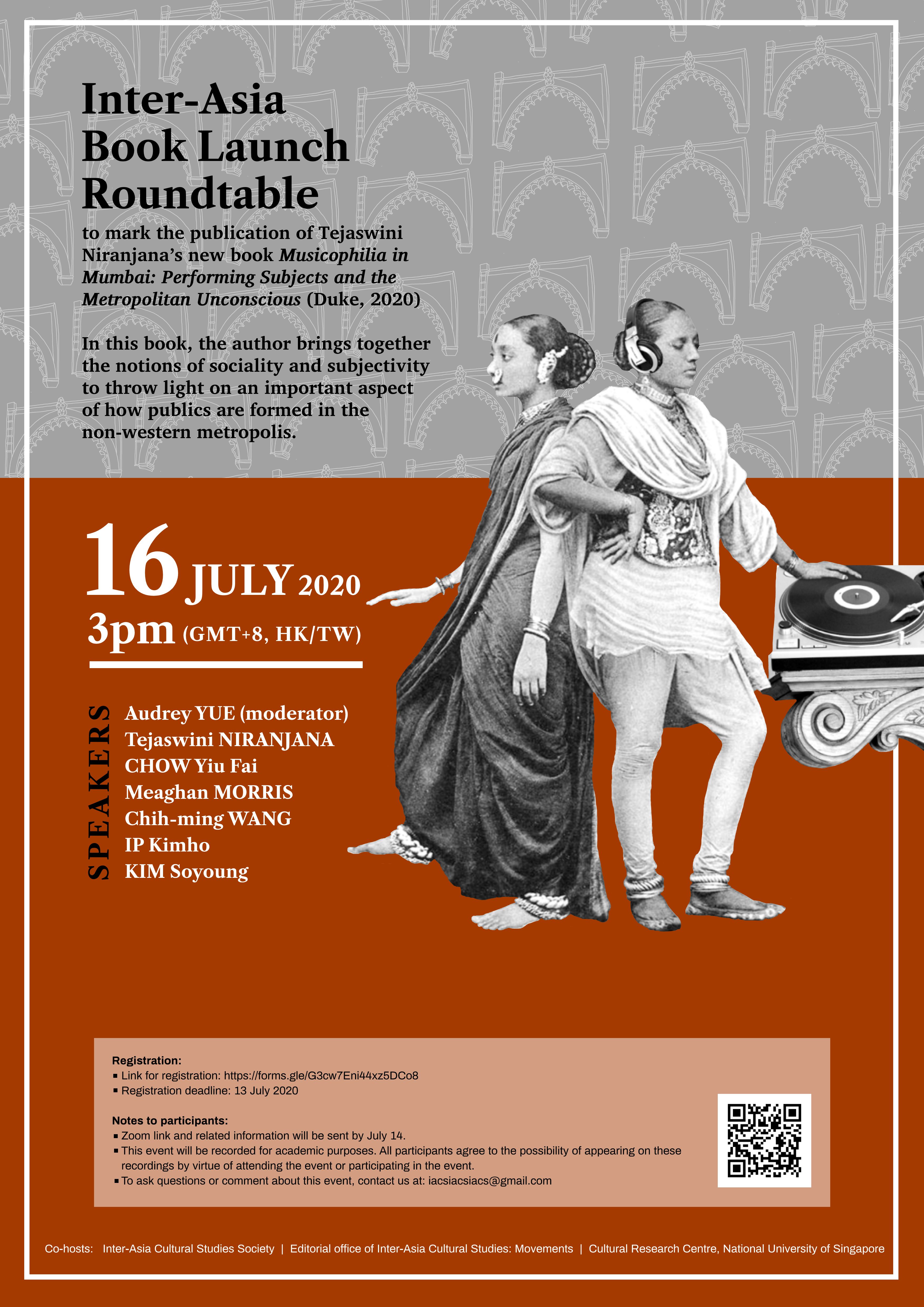 Time: 3 pm (GMT+8, HK/TW), July 16, 2020
Speakers:
Audrey YUE (Moderator)
Professor of Media, Culture and Critical Theory, Head of the Department of Communications and New Media, and Convenor of the Cultural Studies in Asia Programme at the National University of Singapore.

Associate Professor at the Department of Humanities and Creative Writing, Hong Kong Baptist University. His publications cover gender politics and creative practices, including Caring in the Time of Precarity: A Study of Single Women Doing Creative Work in Shanghai (Palgrave 2019) and Sonic Multiplicities: Hong Kong Pop and the Global Circulation of Sound and Image (Intellect 2013, co-authored). Chow is also an award-winning writer in lyrics and prose.

Associate research fellow at Academia Sinica, Taipei, Taiwan. He is also the author of Transpacific Articulations: Student Migration and the Remaking of Asian America (University of Hawaii, 2013) and the co-editor (with Daniel PS Goh) of Precarious Belongings: Affect and Nationalism in Asia (Rowman and Littlefield, 2017).

Ip received his Doctoral degree in 2004 at the University of Edinburgh, UK. He is fellow of DAAD (German Academic Exchange Service) in 1997. In 2011 and 2014 he has been invited to be Research Fellow at the International Research Centre, Interweaving Performance Culture at the Freie Universität Berlin, Germany. His research in intercultural performance has been supported by the Scottish Arts Council and the Confucius Institute for Scotland at the University of Edinburgh. He is currently Associate Professor of Practice at Lingnan University, Hong Kong.

https://forms.gle/G3cw7Eni44xz5DCo8
Registration deadline: 13 July 2020
For people who cannot open the link, please contact us at: iacsiacsiacs@gmail.com

Notes to participants:
1. Zoom link and related information will be sent by July 14.
2. This event will be recorded for academic purposes. All participants agree to the possibility of appearing on these recordings by virtue of attending the event or participating in the event.
3. To ask questions or comment about this event, please contact us at: iacsiacsiacs@gmail.com

← Call for Papers: “Climates of Popular Music”, 21st Biennial Conference of the International Association for the Study of Popular Music
Launch of Centre for Cultural Research and Development, Lingnan University →